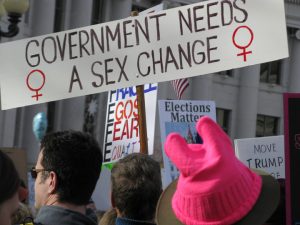 Join fellow Coloradans to march for women, marking the three-year anniversary of the powerful grassroots Women’s March Movement. Record-breaking crowds marched in protest through downtown Denver and hundreds of other cities across the country and globe the day after President Donald Trump was sworn into office. Last year, crowds again took to the streets in record numbers. The theme of this year’s march and rally is Listen. Unite. Act. Organizers have adopted the spelling “womxn” this year to recognize non-binary identity designation. The march is Saturday, Jan. 19, from 9 a.m. to 2:30 p.m. at Denver’s Civic Center Park downtown, at Colfax and Bannock. Sign up and get updates by following the group Womxn’s March on Denver on Facebook. File photos from last year’s march by Cara DeGette.