OPINION: Real Life Is Not Online 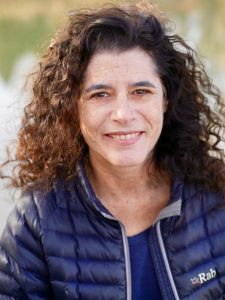 Chances are a lot of us have experienced this sinking feeling. You log on to a social media site – Facebook, Twitter, NextDoor – and see a nasty debate blowing up online about an issue by which you’re intimately affected.

In mid-June this happened to me when I turned to the Park Hill Neighborhood Facebook page, and I saw comments balloon to 500 over just a few hours. The topic? A proposed patio expansion for The Cherry Tomato, the popular Italian neighborhood restaurant on the corner of my block.

In recent years, as our neighborhood has gentrified and new people have moved in, debates over where, when, and how businesses should operate have grown intense, to put it mildly. Toss in a pandemic where people have been cooped up and businesses have suffered, recent protests nationwide and locally over the devastating effects of racism, and raw emotion is everywhere.

The discussion was boisterous, which was not that surprising. What made me increasingly nauseous, though, was how two neighbors were being singled out by name online. The post in question included a copy of a paper flyer that the two had placed in the mailboxes of their neighbors on the 2200 and 2300 block of Dexter. It included their names, their emails, and their phone numbers – posted for all to see.

In the flyer, the couple explained they opposed the expansion, noting that there was a history on the issue they could explain to newer members of these blocks – and encouraged their neighbors to contact them.

It was an old-fashioned gesture in our time of social distancing, and they even apologized for their method of communicating: “We feel it’s the best option in these times.” They concluded by acknowledging that everyone might not agree: “If this change does not matter to you … then please disregard this.”

In the subsequent Facebook frenzy, these neighbors became the emblem of what commenters characterized as a certain kind of evil. They were tagged by name, with comments such as, “you are a horrible excuse for a good person,” referred to as “villains in a Hallmark Christmas movie,” and called “ignorant.” Sub-threads called for taking the message to them directly, driving by their house, and more.

The couple soon was receiving anonymous text messages that they described as “hateful” and “really upsetting.” In the name of showing love and support for a local business in a tremendously trying time economically, some of the commenters were demonizing people who live right here in our neighborhood, in the most personal way possible, to the point it was spilling into real life.

How did things get out of control so quickly? A lot can be explained by the nature of social media sites. In my professional life, I work with philanthropies and journalists who are tracking and countering online polarization, hate, and misinformation. Every day I see these kinds of conflagrations blow up online in exactly this way. Except instead of restaurant patios, the fires rage over the efficacy of mask-wearing during the pandemic, protests over police brutality and racism, mail-in voting, and more.

We’re cognitively primed to click on “share” when content is sensational and emotional. In addition, the business model of these sites relies on drawing us in, getting us to spend more time on the site so that we can be delivered targeted paid advertising.  In 2016 Russians famously used Facebook to target messages at polarized groups – Black Lives Matter and Trump supporters alike – for the simple purpose of getting people riled up, which they wagered would help Trump win the election.

That doesn’t mean we should give up on the neighborhood Facebook page as one of the ways we communicate. But we should be careful how we use it.

After I saw the debate grow out of control online, I contacted the site administrator, Ryan T. Hunter, to point out how the debate had gone off the rails with personal attacks. Soon the post was down.

The original poster came back and re-posted the flyer, this time without the names of the neighbors and their phone numbers, while lamenting losing all the “funny” conversation from the removed post. And I watched while new comments racked up and people continued to express deep support for The Cherry Tomato. But this time was different. Without names and phone numbers exposed, very few of the comments were now calling out these neighbors personally. That simple change made a significant difference.

I chose to write this column here in the Greater Park Hill News to make another point. I’m a deep believer in the role local media can play in helping increase trust among Americans. We have a gem in this neighborhood newspaper that we should also see as an outlet to express opinions. I urge everyone to support, with donations and subscriptions, not just this newspaper but other Colorado local media.

After all, local newspapers, including the one you are reading, do the vital job of reporting on local issues. While readership has skyrocketed during the pandemic, proving their worth, that doesn’t translate to advertising dollars, which have been swallowed by the Facebooks and Twitters of the world. (You can donate directly at greaterparkhill.org)

While this isn’t a piece about the original topic of the Facebook post – The Cherry Tomato’s patio expansion – for purposes of transparency, yes, as a 20-year resident of the 2300 block of Dexter, I do have an opinion. It’s one more nuanced and complex than any I saw in the Facebook comments.

My family has supported The Cherry Tomato for decades in the way businesses can appreciate: we spend money there. It’s where my parents met my husband’s mother for the very first time in 2001, right before our wedding. The Cherry Tomato was my dad’s favorite restaurant and after his death we have kept up the tradition of eating dinner there every year on his birthday to celebrate him. During the shutdown The Cherry Tomato was one of the first restaurants where we ordered takeout.

I support the patio expansion during the pandemic. But I do have some concerns that are rooted in our experience working with the restaurant in the past with living up to agreements with immediate neighbors – which I’m happy to talk about in a rational, mature conversation.

Barring some unforeseen circumstance, Park Hill is my forever home. We love our house, our block, and the greater community. And a big part of that is how we come together offline – in real life – to support each other, to show compassion and understanding, and to treat everyone with respect, even those with whom we disagree.

But it doesn’t have to be like that. If we can grapple with hard discussions together in Park Hill, maybe it will make us think about how we participate in civic discussions beyond our neighborhood, remembering there are alternatives to Facebook, Twitter, and the rest of them, when seeking information and participating in our democracy.

Park Hill resident Nancy Watzman is working with the nonprofit organization First Draft to support local journalists in key states – including Colorado – to track and counter online information disorder ahead of the 2020 elections. She also consults with the Democracy Fund to bring more transparency to online political ads targeting voters. She is an advisor to and former director of the Colorado Media Project. (Read more at ColoradoMediaProject.com)

Letters To The Editor Legislature 2020: It’s A Wrap