On Saturday, March 14, a group of elite and amateur cyclists took advantage of the moderate late winter weather to get in a 40-mile training ride on the plains just south of Denver International Airport, past the hamlet of Watkins.

The FDR or “Frustrated Dads’ Ride” has historically departed every Saturday morning promptly at 8 a.m. (7 a.m. during the spring and summer) from the Cycleton bike shop in Stapleton for a brisk race-like group ride. That involves close drafting, race-tactics, and sprints, with average speeds sometimes exceeding 25 mph.

The March 14 ride may be the last group ride for a while. The next day, the national organizing body for cycling, USA Cycling, issued a statement “recommending cancellation of all sanctioned events immediately and calling on all race and event directors, clubs, coaches, athletes, and members to postpone or cancel all scheduled races and events immediately. This includes any gatherings such as group rides, in-person group meetings, etc.”

Following USACycling’s lead and recommendations of Colorado and Denver health officials, Michelle Henry, a Stapleton resident and sometimes organizer of the FDR ride, announced that no additional group rides would be scheduled for the time being. “In any case, get outside, ride your bike, be responsible,” Henry posted on the group’s Facebook page. “Think about who you are with and where they have been and who they are with or might be with. Be responsible. See you outside more than 6 feet away from me.” 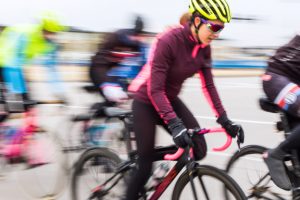 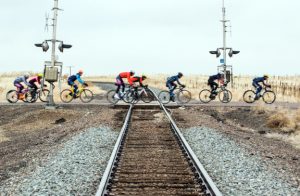 Love In The Time Of Corona Shake, Rattle and Roll

Traffic Jams Move To The Trails

The Most Important Job