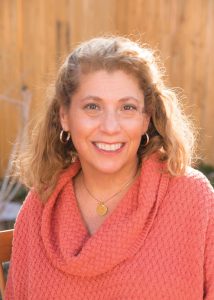 A little over two years ago, I wrote a column in these pages. It carried the headline: Thoughts on Leadership: It’s Time For Our Elected Officials to Up Their Game.

In that August, 2019 column, I asked our elected city leaders to embrace their role and responsibility to convene their constituents when faced with contentious issues such as . . .  the Park Hill Golf Course.

I was — and still am — concerned that our elected leaders are almost silent on this, and other critical issues. Too often they leave the heavy lifting to, in this case, the city’s planning department, the developer (Westside Investment Partners) and to advocacy organizations such as Save Open Space and YES On Parks and Open and Space.

Yes, the pandemic has inhibited in-person meetings, but there are still ample ways for elected officials to communicate with, and more importantly hear from, constituents on divisive issues.

I realize that listening to unhappy and critical constituents may not be the best part of the job. But Denver City Council members are compensated well, and hearing constituent concerns is front and center of their job descriptions — which is why I believe they should convene public/online meetings frequently.

In addition to expressing my belief two years ago, that our elected officials need to own public engagement processes on hard issues such as the Park Hill Golf Course, I also confessed that up until that point I had been a largely inactive resident of the neighborhood.

Yes, I read the paper and contributed to the Registered Neighborhood Organization, but I had never attended a meeting or served on a committee.

I publicly promised to up my own game because in the words of my mother — a life-long public servant — “no one likes a kvetch” (Yiddish for whiner).

(In that vein, I must give kudos to my councilman, Chris Herndon. I have not spoken to him about the Park Hill Golf Course, but twice I have contacted him about other issues. Each time his staff was very responsive to my questions.)

Over the past two years I have attended Greater Park Hill Community meetings, volunteered for a few committees, and am educating myself about the issues impacting our city and the neighborhood. The one unexpected consequence of my 24 months of neighborhood participation is an intangible gift:  I have made some terrific new friends, ranging from 22 to 80 years old.

For all these reasons, I am happy I made the decision to jump into the fray. I urge everyone else in the neighborhood to also heed my wise mother’s advice.

Brenda Morrison is a public policy consultant and a 24-year resident of Park Hill.