Opinion: Living In The Desert

Creative Solutions For Adding Green Spaces To Our ‘Hood 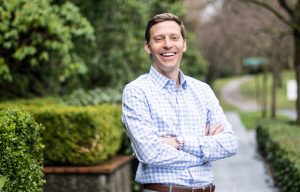 Despite its name, much of Park Hill is actually a “park desert” – including some large swaths that don’t meet Mayor Michael Hancock’s “10 minute walk” standard.

With City Park over a mile away for much of the neighborhood, and involving crossing Colorado Boulevard, it’s not a practical trip for much of Park Hill. The few existing pocket parks, like Ferguson, aka “Turtle Park,” at 23rd and Dexter, can get extremely crowded. So clearly the demand is there!

Under the “Measure 2A, Parks and Open Space Sales Tax,” voter-approved sales taxes are to be used to fund parks. However as far as I can tell, almost none of it is addressing Park Hill’s “park desert,” other than one very small area in a commercial plaza at 29th and Fairfax.

Here are three proposals that City Council could implement, which would make a meaningful impact:

• Use park money to fix sidewalks so they’re practical for strollers, young children and seniors.

• Connect the few sidewalk gaps (the result of poor zoning practices/planning from years past) through an incentive program.

Create more small parks the size of Ferguson. Here are some lots where you could do this:

Hudson and 26th – next to the East Denver Bible Baptist Church. It’s currently a vacant, unused lot. A nice playground plus small covered pavilion would be perfect.

Glencoe and 22nd Avenue– Some houses are adjacent to large unused lots, and this one is in disrepair. Perfect opportunity for the city to acquire and make a pocket park.

Corner of McAuliffe Middle School Lot – Lots of space to put in a nice playground for younger children. An off-leash dog park would also alleviate the constant back-and-forth on whether or not dogs should be allowed on the field.

HUD House Lots – I believe there are a number of houses already owned by the city in the neighborhood. This isn’t the most efficient solution for public housing – the city could create a pocket park with one of these lots, and house more families in areas that are set up for more density.

Kearney & 22nd Avenue – Currently a parking lot. Could move parking underground and install a park on top. Or acquire the Kearney Garage Lot at 23rd and Kearney.

These are just a few options for pocket parks that I see regularly in my walks around the neighborhood. I’m sure there are more – let’s get creative!

Proposal # 3: Purchase All or Swap a Portion of Park Hill Golf Course

I understand the history here, and that this is complicated. I know the original plan for the city to purchase was bungled, and then the lawsuit, and then the purchase of the land by Westside Investors. However given that the conservation easement is still in place, the city has all the leverage here.

For folks that live closer to the Colfax side of Park Hill, this doesn’t solve the “park desert” but it helps!

Note the above proposals  aren’t mutually exclusive. We can do #1 and #2 and #3!

Bottom line: Denver voters have approved a sales tax to fund parks. Park Hill is one of the largest neighborhoods in Denver, but suffers from a lack of park access. And yet we’ve seen no plan to address this issue. I’d welcome the opportunity to discuss the above proposals, or any plan that meaningfully addresses the need for park access for Denverites in Park Hill and surrounding neighborhoods.

Carlton J. Willey lives in Park Hill with his wife and children. These proposals were also sent to members of the Denver City Council. The version here has been shortened for space; his more detailed letter can be read at greaterparkhill.org. Check next month’s issue for responses from council members; feel free to weigh in with your thoughts and suggestions as well, to editor@greaterparkhill.org.

Letters to the Editor The “6 Feet Apart Jazz Trio”